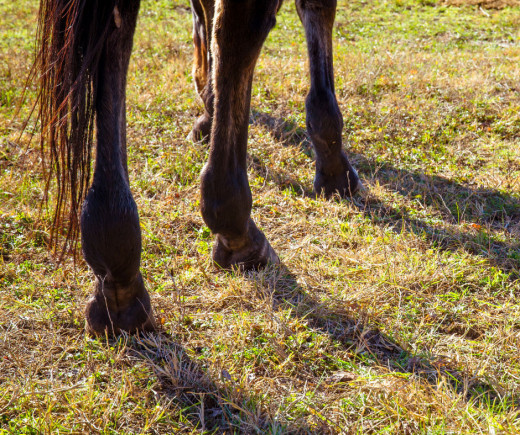 With the recent spate of wet and warm weather there has been in increase in grass growth and we are well into the time of year when we as horse owners need to be increasingly aware of the risks of Laminitis.

Laminitis is an extremely painful condition that can affect any horse or pony. Put simply, it is defined as an ‘inflammation (-itis) of the laminae’.  When inflamed, the laminae (finger-like projections of the lamellar layer) become painful, swollen and lose their function. This results in instability of the pedal bone within the foot.

Laminitis is a veterinary emergency, as the laminae support the horse’s entire weight. Damage caused by laminitis can be irreversible. Causing severe pain, chronic lameness and disfigurement, all of which need emergency first aid and veterinary treatment.

Laminitis is often a consequence of an underlying hormonal disorder and/or an inflammatory condition. Hormonal disorders that contribute to many laminitis episodes include Equine Metabolic Syndrome (EMS) and Pituitary Pars Intermedia Dysfunction (PPID / equine Cushing’s Disease).

Inflammatory responses can be triggered by a variety of events or conditions. Such responses can occur after ‘carbohydrate overload’, for example, your horse consuming large amounts of fructan (sugar) rich Spring grass or in very sick animals with body-wide septic infections, such as complications after surgery or a retained placenta.

Laminitis can also be a risk in cases where the horse is unable to bear weight on one limb, as the opposite foot will be bearing more weight than it should do.

However, it is important to note that the most common cause of laminitis, in approximately 90% of cases, is an underlying metabolic condition. In 2012, of the 118 cases treated at The Liphook Equine Hospital, UK, 80% had PPID / Cushings and/or EMS.

What are the signs of laminitis?

Common signs of laminitis include: 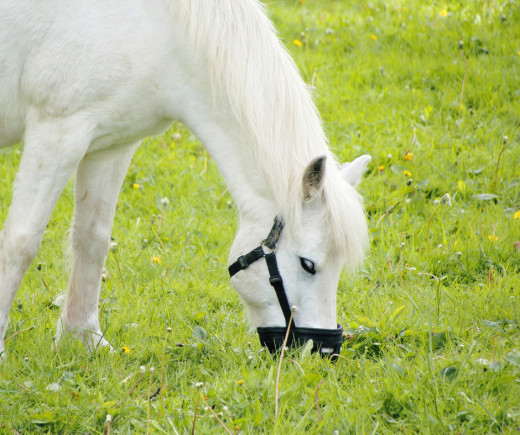 Meals, Metabolism and Insulin – the link between laminitis and underlying metabolic conditions

Nearly everything your horse eats contains starches and sugars (or ‘NSC’s, ‘Non-Structural Carbohydrates’) that are converted into glucose during digestion, which in turn, is used as ‘energy’ for cells throughout the body.   In general terms, cereals (grains such as barley, wheat, maize) have higher levels and dried forages (hay, haylage) have lower levels, but every time a horse eats, they are taking in glucose precursors.

As meals are metabolised, the stomach and small intestine absorb glucose and then released into the bloodstream. From there, it’s used immediately by cells or stored for later use. Insulin is critical to both of those processes.

Beta cells in the pancreas monitor the level of glucose in the blood, and when they detect an increase, they produce insulin, which travels to cells all over the body. The more glucose there is in the blood, the more insulin is produced.  Insulin also helps transform excess glucose into larger molecules called glycogen, which are then stored in the liver or muscle.

Sometimes, however, this process does not work correctly and this is when the term, ‘insulin resistance’ is used.  Essentially, glucose, is unable to enter the body’s cells, and so it remains in the blood.  As blood glucose concentrations stay high, more insulin is released from the pancreas to try to regulate that glucose.  This cycle continues and results in more and more insulin being released.

In people, ‘insulin resistance’ can progress to Type 2 Diabetes.  Equines with insulin resistance tend to develop a range of problems, collectively referred to as Equine Metabolic Syndrome (EMS).

Horses with EMS are at higher risk of laminitis and they are often found to be insulin resistant, but the link is more subtle than that.  Indeed, work done in Australia in 2007, showed that high blood insulin levels represent, in themselves, a risk factor for laminitis.  So that, anytime a horse or pony has higher-than-normal blood insulin levels, there is a risk of developing laminitis.

We know now that horses and ponies with EMS have an intestinal system that absorbs a lot of glucose compared to other horses and together with that, there is an increased pancreatic insulin secretion response.  In other words, the horse’s body is so efficient in absorbing glucose from meals that the pancreas simply produces too much insulin in response.

Based on this information, many researchers have now adopted a new vocabulary for discussing insulin.  Today the term ‘insulin dysregulation’ is more appropriate for this problem, rather than just simply calling it ‘insulin resistance’.  The technical term is “postprandial hyperinsulinaemia”, which refers to an excessively high level of insulin in the blood after eating. Certain types of horses, particularly ponies, have a genetic predisposition to postprandial hyperinsulinaemia, which may be linked to other hormonal imbalances or the malfunction of enzymes within the pancreas or small intestine. 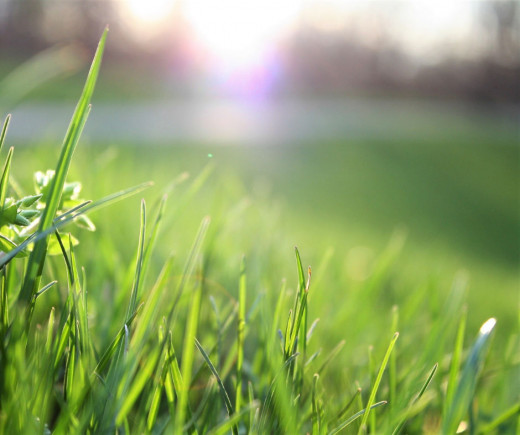 There are a number of preventive measures that owners can take to reduce the likelihood of insulin resistance or postprandial hyperinsulinaemia:

1. Reduce sugars in the horse’s diet

Horses with a higher insulin concentration, when fed a low-sugar diet, stimulate lower levels of insulin release.  Non Structural Carbohydrates are converted to sugars in the body, so it’s important to recognise that it’s not just molasses-based feeds (sugars) that need to be reduced in a horse’s ration but also grain / cereals (starches).  Chestnut Chomp Lite has been specifically formulated for horses and ponies that require a low calorie, high fibre diet and can also be used as a partial forage replacer.

Hay can also be high in sugar; sample testing will confirm exact levels.  If hay does have a lot of sugar, you can soak it in clean water in order to remove or ‘leach out’ the sugars (or water-soluble carbohydrates).

When feeding horses, the closer you can get to mimicking their natural grazing behaviour, the better.  Horses who eat all day long do not have the dramatic and damaging spikes in blood glucose and insulin that occur when fewer, larger meals are served.

Lush, fast-growing grass is high in water-soluble carbohydrates, which can raise blood glucose and insulin levels, which is why we worry about horses developing laminitis when turned out on fresh pasture in the Spring.

However, Spring pasture is not the only risk. Paddocks undergoing growth spurts in the Autumn and grasses rebounding from drought can also be high in sugars.  The safest option for horses with EMS is no pasture at all (at these times), but if that’s not possible, restrict grazing by strip-grazing, using ‘track systems’ or using a well-fitting muzzle.

It is also worth noting that sugar levels rise during the day (with sunlight) so, concentrations tend to be highest in the late afternoon.  If horses are insulin resistant, it is prudent to let them out to grass first thing in the morning when those levels are at their lowest, and just for a couple of hours, (ideally, using a grazing muzzle).

Obesity is considered to be a cause as well as an effect of EMS, so it’s doubly important to keep horses at a healthy weight.

Dietary changes will help a horse lose weight, but they will be even more effective when paired with increased exercise.  In addition to burning excess calories, exercise helps increase a horse’s sensitivity to insulin, which can counter the underlying problem.  It may take weeks of daily, long rides to reduce the weight on a horse genetically predisposed to holding onto it, but the effort is well worth it.

For specific nutritional advice for your horse or pony simply complete our dedicated online request form.