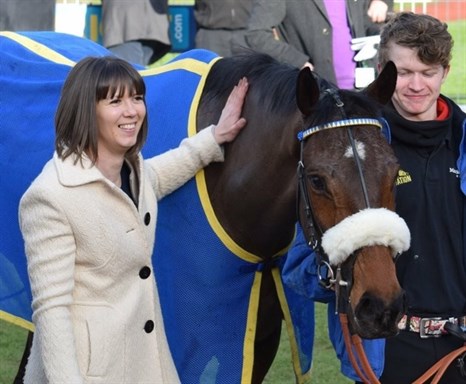 An International League for the Protection of Horses (ILPH) survey revealed that out of the 5,000 or so racehorses that leave racing every year some 400 are at risk. We joined a committee in 1999 to discuss with the then British Horseracing Board to put a scheme in place whereby racing could be seen to be responsible for the fate of those racehorses that fall upon hard times.

In the early 1990’s, and as life long lovers of horseracing, having owned, ridden and bred, Michael and I were becoming increasingly concerned as to the fate of racehorses when their racing days were over. As the years went by our reputation grew in rescuing and rehoming racehorses the work for which we funded ourselves for about six years.

A very good friend, a pioneer of horse welfare and Vice President of International League for the Protection Horses persuaded us to start a charity so that we could carry on the work we had started. Greatwood was founded in 1998. We went on to rescue substantial numbers of horses which for whatever reason had fallen upon hard times; a horse dumped in a scrap yard outside Birmingham, a horse shut in a stable for years, a horse that had been abandoned in a field having been won at cards in a pub.

These are just some of the examples of our rescue work. It should be pointed out that we concentrate upon welfare of the horse at all times never turning away a horse at risk. A significant number of horses need rescuing and although our ultimate aim is to re-home our horses, it must be understood that it takes us a lot longer to re-home a rescue case rather than purely the type of horse that has just been retired from racing. 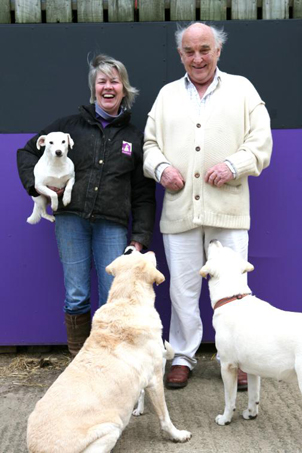 Greatwood was a beautiful old Devon farm from which we derived the name for the charity. It was on one particular occasion in Devon that the idea for Horse Power began to take shape. We had been asked if we could help a little girl who had become so withdrawn that she had stopped speaking. When she visited us, we had just rescued a horse that was in a poor way. Over the following few weeks we witnessed the most extraordinary transformation in this child. There was an interaction between the vulnerable child and the rescued racehorse that built both of their confidences up to such an extent that before too long a bubbly little girl would arrive chattering gaily, and a recovering horse would whicker at the sound of her voice.

As our work was needed more and more, we decided to move, and found a dairy farm near Marlborough in Wiltshire. That, in itself, was a huge upheaval, the removal of dozens of horses, geese, hens, sheep and goats made the actual house move a piece of cake.

Once we had settled in Wiltshire we were determined to provide an opportunity for children with special educational needs to learn life skills and emotional literacy through interaction with rescued former racehorses.

In 2012, 19 years since we began and 14 years after the charity was founded, we have successfully re-homed many rescued racehorses and are now happy to report that our work with children has gone from strength to strength and over 2000 children have been educated at Greatwood. Of course, none of this could have been achieved without the substantial help from our staff, friends and supporters.

To donate to this great cause please visit Hannah's Just Giving Page.